Available now in Hino dealerships around the country, the all-new Hino 500 Series Standard Cab models boast the most comprehensive active safety package ever offered by a Japanese manufacturer in the Australian medium duty truck category. 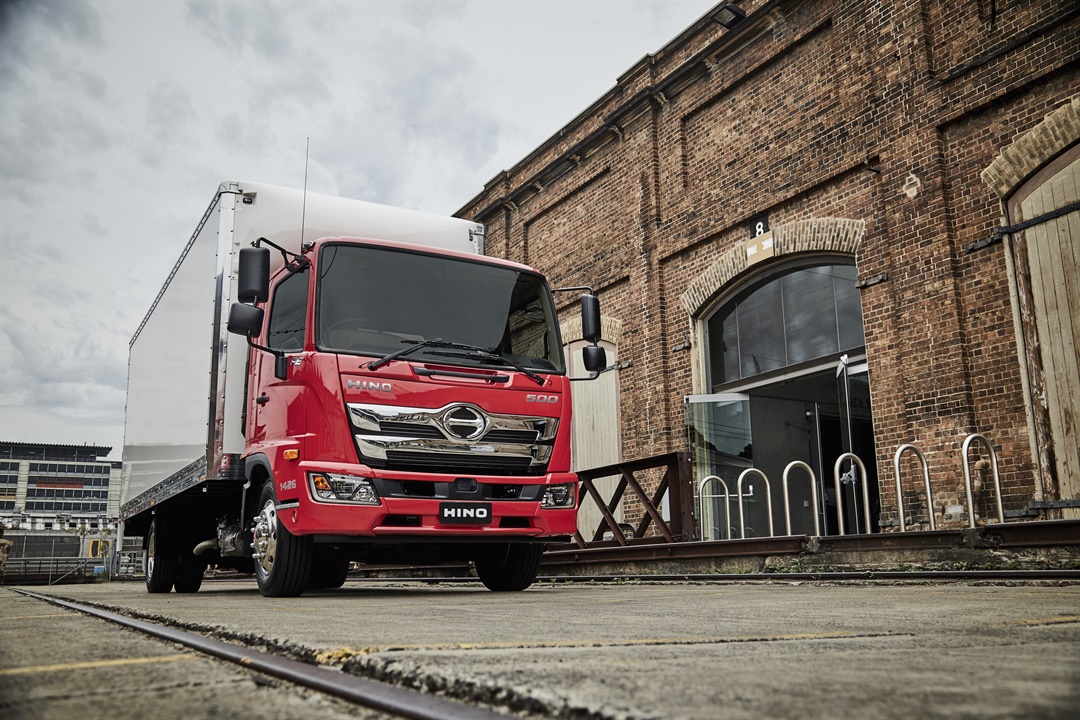 “Not content with simply leading the market with the standard inclusion of Vehicle Stability Control (VSC) and reverse camera, the 500 Series Standard Cab will be the first Japanese truck in Australia to offer the next level in active safety technology via Pre-Collision System (PCS) which includes Safety Eye (SE), Autonomous Emergency Braking (AEB) and Pedestrian Detection (PD),” said Daniel Petrovski, Hino Australia’s Manager of Product Strategy.

Pre-Collision Safety: The Next Level in Active Safety Technology

“PCS is a true Active Safety system that, via the combination of camera and radar technology can detect potential collisions with another vehicle, a pedestrian and/or other object.”

“PCS continuously scans the road in front of the truck and assists the driver to actively minimise the type of accidents that regularly occur through poor vision, driver distraction or poor judgement.

“A common accident scenario that we believe PCS will reduce is a rear-end collision with another vehicle – for instance, on a single lane road where a driver may not notice that the vehicle ahead is slowing or already at a standstill.

In this case, PCS detects the vehicle ahead via Safety Eye, and warns the driver both audibly and visually on the LCS Multi Information Display.

If the driver fails to react to the imminent danger, PCS can, as a last resort, engage Autonomous Emergency Braking to apply the brakes to minimise the vehicle’s speed and subsequent damage to the vehicle in the event of an accident, or in some circumstances, assist the driver to avoid the collision altogether.

ACC takes the basic principle of cruise control a step further - while maintaining the speed set by the driver, it also utilises the Safety Eye to continuously scan the road in front of the truck.

If a slower vehicle is detected in front, the ACC will reduce the engine acceleration and even engage the engine brake to adapt the truck’s speed to that of the other vehicle.

The ACC system will then continue to ensure the truck maintains a safe following distance from the vehicle in front.

“This intelligent speed adaption means that cruise control can be used more often - it is particularly valuable on Australia’s many regional and extra urban single lane roads.”

As the name suggests Lane Departure Warning System alerts the driver both visually on the Multi Information Display and audibly through the speakers if the vehicle deviates from its lane without the indicators being triggered by the driver.

A cornerstone of the Hino active safety package is Vehicle Stability Control (VSC) which is now standard on every Hino 500 Series Standard Cab model.

“Hino led the Japanese manufacturers by fitting VSC as standard equipment to our entire 300 Series range in 2011 - this critical lifesaving safety feature was extended to the 500 Series Wide Cab in 2017, the 300 Series 4x4 in 2018 and now the all-new 500 Series Standard Cab models,” said Mr Petrovski.

With the launch of the new 500 Standard Cab, Hino will be the first Japanese truck manufacturer to offer the Vehicle Stability Control (VSC) as standard equipment on every model from the 300 Series car licence through to the 500 Series 6x4 350 horsepower FM models.

Working in conjunction with the brake and engine control systems, VSC helps to stabilise the vehicle when turning on a curve.

This may prevent the truck from potentially rolling over when entering a corner too fast.

VSC can then autonomously take the appropriate action required such as reducing engine power and/or applying individual brakes with the intention of keeping the vehicle upright and safely negotiating the corner.

VSC is also able to enhance vehicle stability on slippery surfaces and situations by autonomously reducing engine power and applying the brakes to individual wheels, helping to prevent the truck from sliding in a direction contrary to where the driver is steering.

To optimise visibility around the truck, a high definition reverse camera is fitted as standard – it is equipped with night vision capability plus a microphone and is linked to the new 6.5” high definition audio visual unit.

When combined with the generously sized windscreen, large electronically adjustable heated mirrors and convex spotter mirrors, it allows the driver to achieve near 360 degree vision, further improving safety and assisting the driver when manoeuvring the vehicle.

“Around vehicle vision is another area in which Hino is proving itself as a leader in active safety  – by the middle of 2019, a reverse camera will be standard across the entire Hino truck range,” said Mr Petrovski.

In addition to the class-leading active safety system, the Hino 500 Series Standard Cab also has an impressive array of passive safety features.

In yet another first for the Hino brand, the new FD and FE models are equipped with standard Light Emitting Diode (LED) head lamps, LED fog lamps and LED Daytime Running Lamps (DRL).

Low light daytime operational safety is also bolstered with the inclusion of DRLs on the FD & FE models.

“For Hino Australia’s current customers, all of the safety advances in the all-new 500 Standard Cab should not come as a surprise,” concluded Mr Petrovski.